One moment of magic! Who will steal the show on Saturday? 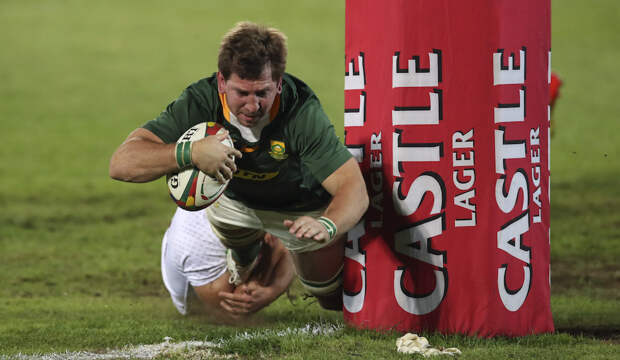 Tight contests are often tilted by a memorable moment in the match and so the SARugbymag.co.za writers have predicted which player will produce the magic in the crunch first Test between the Springboks and 2021 British & Irish Lions.

CRAIG LEWIS: If I look into my crystal ball, I can see a five-metre scrum to the Boks. Kwagga Smith picks up from the base, puts his head down, catching the Lions off guard with his acceleration to burst over for a try that underscores just why the Springbok coaches saw value in starting him at No 8.

Bok coach: Why we trust Kwagga at No 8

MARIETTE ADAMS: The Boks win a scrum penalty just inside the Lions’ half of the field at a crucial stage of the game. They kick for touch and from the subsequent lineout, they set a driving maul in motion with Malcolm Marx in control. The Lions manage to halt the maul just before the tryline, but Marx breaks away and powers through an attempted tackle to score. It may be categorised as a boring style of play, but that is the Bok way and, at the end of the day, scoring and ultimately winning are all that matters.

DYLAN JACK: Look no further than Makazole Mapimpi. The reliable wing is back from self-isolation and will make his return felt, extending his extraordinary try-scoring record to 15 tries in 15 Test matches for the Springboks.

AP CRONJE: The Springboks have picked a mobile and exciting pack for Saturday’s Test. Ox Nche has flown under the radar but will stun fans not only with his resilience in the scrums against the more fancied Tadhg Furlong, but also through his powerful carries in open play.

ZELIM NEL: Duhan van der Merwe receives a cross-kick in space, accelerates and then powers through the attempted tackle of two Bok defenders for a dominant carry on the edge that sets up Ali Price to snipe on the short side for a try in the corner.

The post One moment of magic! Who will steal the show on Saturday? appeared first on Sports News & Articles – Scores, Pictures, Videos - SportsNews8.com.