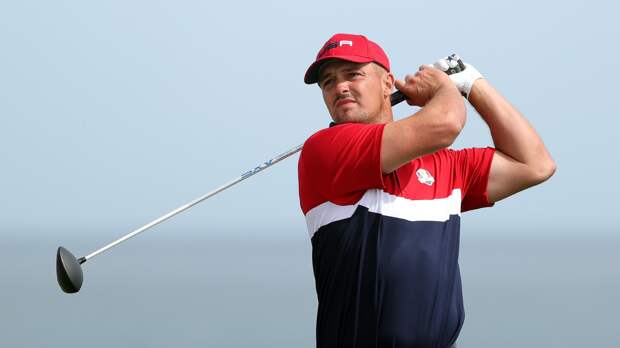 The 2021 Professional Long Drivers Association’s World Championship begins Tuesday, Sept. 28 as golfers from around the world compete to outdrive each other for a grand prize of $125,000.

Golfers on the PGA Tour typically don’t compete at this event because their driving lengths tend to not be long enough to stand a chance. Bryson DeChambeau, however, knows how to hit long drives, and he’s headlining the PLDA event.

The Open Division event kicks off on Tuesday morning in Mesquite, NV, and continues through Wednesday with the contestants who get to move on from Day 1. They are split into groups of 16 golfers each day.

MORE: How Bryson DeChambeau hits his driver longer than anyone else in PGA Tour history

Why is Bryson DeChambeau in a long drive contest?

The World Championship long drive contest dates back to 1976 when Evan Williams won with a 319-yard drive. DeChambeau averaged 321.5 yards with his driver on the PGA Tour this season. So, the length of drives has definitely expanded since the contest first began.

The participants are given 2 1/2 minutes to hit six balls as far as they can in the specified grid area. There are five groups in the Open Division containing around 16 people.

DeChambeau will be featured in Group 3.

DeChambeau will be the first known PGA professional to compete in the event. When DeChambeau was asked why he decided to participate in this year’s long drive contest, his answer was simple: to grow the game of golf.

“First and foremost, it’s to grow the game. That’s something that’s really important to me,” DeChambeau said in an interview with Golf.com. “I really want to help bring more people into this great game and help them have fun playing it. This is just an amazing opportunity to showcase golf’s athleticism, and all the great things that are happening on that side of the sport that might not have a spotlight on them right now.”

The unfortunate timing of the long drive contest is that it starts two days after the Ryder Cup ended. Critics were worried this would impact DeChambeau’s performance at the 43rd Ryder Cup. However, DeChambeau ended up going 2-0-1 having quite the results.

Leading up to the Ryder Cup, DeChambeau expressed that he’s been wanting to compete in the long drive contest for a while after his friend Kyle Berkshire — the reigning long drive winner with 474 yards — spoke about the event. DeChambeau said he believes the event will help his golf game in the long run.

“I wouldn’t be doing any of this if I didn’t truly believe it would make me a better golfer,” DeChambeau said.

Is the world long drive championship on TV?

The 2021 Professional Long Drivers Association’s World Championship won’t be broadcast on cable television. If you want to watch DeChambeau and the rest of the field, it can be found online only through a PLDA YouTube Channel’s live stream. You can keep track of the leaderboard and live scores here.

DeChambeau has advanced to the Round of 32. He will tee off with his group at 6:45 p.m. ET on Thursday, Sept. 30. If he advances, DeChambeau would compete again on Friday for the finals.

The event will not be on TV this year, but will be showcased on the PLDA YouTube Channel as a live stream.

DeChambeau completed five sets of six balls during Tuesday’s Round 1 competition. In each set, he was placed against three different golfers in his group. In the first two sets, his drives came in second behind other golfers. In the last three sets, his drives won the round. Each golfer earns 200 points per first place in the set, 100 points per second place, 50 points per third place and zero points for last. After Day 1, DeChambeau tied for second in his group with 800 points.

DeChambeau’s longest drive of the day came in Set 4 when he hit a 412-yard drive off the tee. He hit a total of five drives over 400 yards.

DeChambeau is ranked No. 1 on the PGA Tour for the longest average drive — 321.5 yards. His farthest drive this season came just over the weekend at the Ryder Cup when he drove 417 yards during Saturday’s fourball round. However, his longest recorded drive of his career happened during “The Match” when he played with Aaron Rodgers to compete against Tom Brady and Phil Mickelson. He drove 480 yards on a par-5 777-yard hole.

But, DeChambeau thought he could’ve hit the ball even farther.

“That was disappointing for me,” DeChambeau said, via CBS.com. “I thought I had it, dude. That was super close to being 550 pretty easily.”

At the Ryder Cup on Sunday, DeChambeau opened his singles match by driving the green to finish with an eagle. He joked with spectators later in the day saying, “Guys, I’m still going for the green. Calm down.”