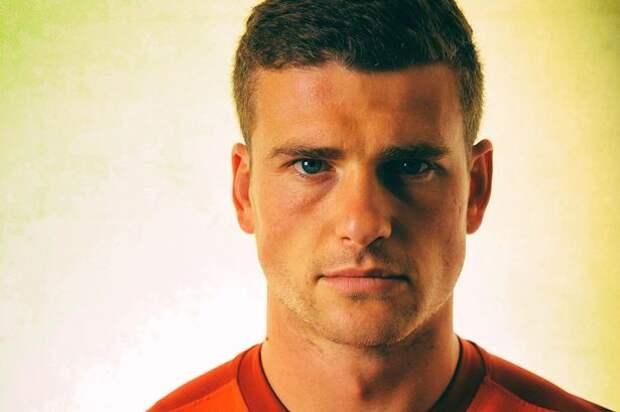 Scott Williams has been here before.

He knows the drill, the questions he’ll face, the answers he’ll have to give.

This time last year, the Wales centre was looking to put his injury nightmare behind him.

With a solid pre-season in the bag, it felt as though he was finally ready to escape the niggles that had haunted him and robbed him of two years of his career and finally make his mark at the Ospreys.

He spoke of playing pain-free and getting back to his best.

Read more: For the latest rugby news, breaking stories and interviews, stop by our home of Welsh rugby

Of course, lady luck has a funny way of doing things and that didn’t prove to be the turning point he’d hoped it would be – with a fractured scapula ending not just his season, but his time in Swansea.

Having said it all before a year ago, it’s perhaps no surprise that he doesn’t seem all that keen to delve too deeply into the darkness that can envelop you when injuries begin to dictate your career.

Dwelling on old ground isn’t something the 30-year-old is overly intent on doing as he starts his second spell back at the Scarlets, but he will freely admit how tough the toll can be behind closed doors when everyone writes you off simply because of injuries.

“That’s the part of the sport that no one sees,” says Williams, speaking of the work he’s put in over the past few years.

“They only see the finished product on the weekend, but not what goes on in the week. I don’t want to go into too much depth on those dark times – maybe that’s for my book after rugby!

“That’s the part of sport that is unfortunately tough. I’m not just saying it’s me. Everyone goes through injuries.

“Seeing someone like Gareth Anscombe back on the pitch on the weekend, having been with him the last couple of seasons and knowing the places he’s been, was great to see.

“Things like that that people don’t see and understand. The effect it has on your wives, partners and children is tough but it’s what I love doing and the only thing I want to do.

That’s why, even in defeat, seeing Williams completing the full 80 minutes for the Scarlets away to Edinburgh was heartening.

Pulling on the Scarlets jersey again was “special” to the centre, who spent the first nine years of his career at Parc y Scarlets – helping the region to a PRO12 title in 2017 and a PRO14 final the following season, in what would be his final appearance for the side in his first spell there.

He’s hopeful that, under Dwayne Peel, they can reach those heights again in the near future.

They say a change is as good as a rest and, despite that change being ultimately more familiar than his surroundings over the Loughor Bridge in the past three years, that could well be the case for Williams when it comes to returning to Llanelli.

Not that Williams has any regrets with how the last few years have played out.

He pushed himself to extreme limits to try and make the 2019 World Cup. He couldn’t lift his young son because of a back injury months out from the tournament and yet, somehow, he missed out on selection by the narrowest of margins.

“It’s easy to say I should have had the operation straight away, but with the cards I had on the table at the time, it was either give myself the chance to play for Wales, something I’ve always wanted to do and the reason I keep on playing rugby, or have an operation and automatically miss the World Cup.

“There was only one option.”

Sometimes, it’s not about being dealt a good hand, but playing a bad one well. Williams did on that occasion but for little reward.

He’d have been forgiven for thinking that his luck would never quite change. Still, the belief has seemingly never wavered.

Proving the doubters wrong is something Williams is intent on doing, but without a contract this summer, he hadn’t the means to do so.

“Obviously being out of contract and injured wasn’t the best situation,” he adds.

“But I knew how I felt and it was easy for me to tell teams how I felt. For them though, I could understand why they thought I might have been a risk after my previous few seasons.

“That was frustrating to be honest with you. I know how I felt and what I could still do on the field.

“But people were doubting that so I needed that one person to believe in me.

“There was only place I really wanted to go.

“I’ve concentrated on myself, kept my head down, trained hard and I just needed that one person to believe in me. The Scarlets knew what I could do and I want to repay them for that chance.

“When I spoke to Dwayne and he gave me the opportunity, it was a no-brainer for me.”

With one game in a Scarlets jersey under his belt, the next step is about stringing more together.

Beyond that, it’s simply about enjoying the sport and proving people wrong where he can. That’s the perspective he’s found over the last few years.

“It definitely makes you realise how much enjoying your rugby makes a difference,” he admits.

“It’s not nice being injured but it’s part of the job. Everyone picks up an injury here or there. Sometimes it’s tough and I’m not going to lie it has been a tough couple of seasons.

“I don’t want to dwell too much on that. I just want to focus on repaying the people who have given me an opportunity and proving people wrong.”

He’s been here before, but he’s hopeful that luck will finally be on his side this time around.

Even when injuries have taken Williams down some of sport’s darker paths in the past few years, there’s always been a light at the end of the tunnel for the 30-year-old.

He’s just glad that someone else can see it too.

The post Scott Williams tells his story of adversity and the comeback many doubted could happen appeared first on Sports News & Articles – Scores, Pictures, Videos - SportsNews8.com.